We got our first close-up of the baby’s face today, and little-by-little, the baby is looking more human. 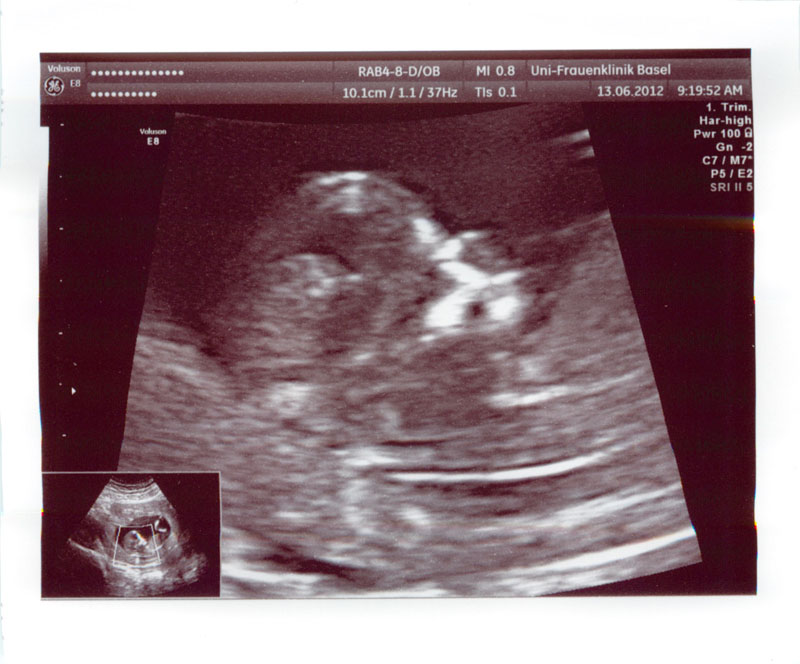 Our first glimpse at the baby’s face

We are definitely beginning to see characteristics from both parents in the baby.

Aude and I spent most of the morning in the hospital today. It turns out that, like its mother, Peanut isn’t much of a morning person. Unlike the gymnast we saw the other day, this morning the little bugger was sound asleep and almost impossible to arouse. We tried making noise, even getting up and bouncing around, but the little bugger just sat there, thumb in mouth, sound asleep. It’s the same reaction Aude has when the cats make noise – she can totally drown them out and go straight back to sleep, no matter how loudly they meow.

Unfortunately, they needed the baby to turn in order to conduct the tests, so it was a matter of continuing to jiggle and squirm until the baby finally woke up. Which took ages. Aude had to get up and do a dance in the end.

Must have scared it. The poor little thing ended up with hiccups. If you’ve never seen a baby on ultrasound with hiccups, I recommend it. Very funny to watch. (this isn’t ours, but here’s another baby with hiccups: http://www.youtube.com/watch?v=EFKF42R4978)

Still, everything is where is should be, and that’s good to see. 6.2cm from head to rump, with little legs and feet developing well. 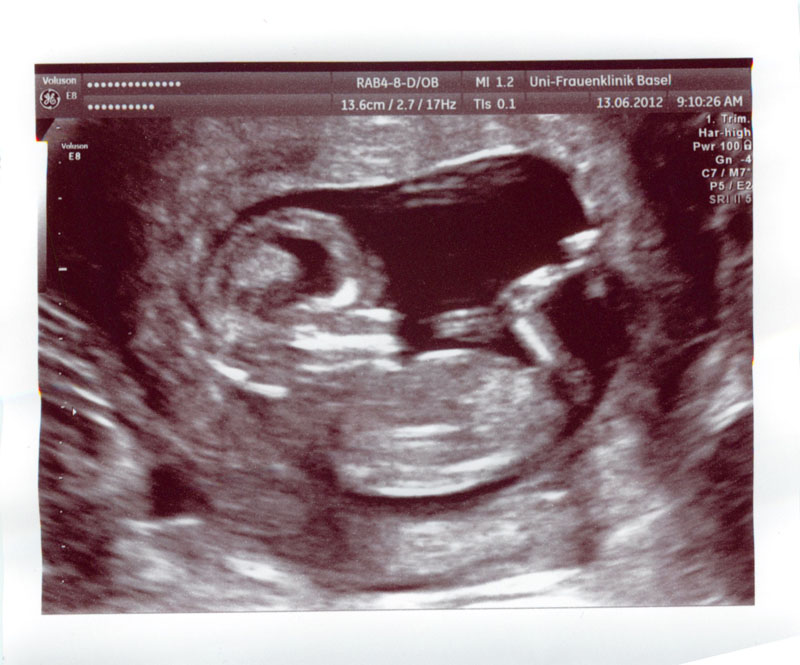 Looks a little cramped, but everything is where it should be!

We’re noticing some ‘Type-A’ tendencies: Peanut is already an overachiever. The doctor doing the exam today said that all the tests were extraordinarily favorable – which is always reassuring to know. Healthy and ‘alles in ordnung’.

By now, our little one had morphed from a Peanut into an alien, with a head and body of roughly equal proportions.

At this visit, Peanut gave us quite a show – we have a little gymnast in the making. Either that, or Aude should avoid spicy food the day before a scan. It was hard to take any pictures because of all the movement – let’s hope that when Peanut finally arrives, some of the energy and activity has quieted down or we will be very tired parents.

We got to see all sorts of things – big brain (takes after it’s father!), spinal cord, little fingers, and even a first guess by the doctor at the sex…

Getting bigger, too – 4.8cm from head to coccyx.

Alien or not, it was our alien, and nothing could make us happier. 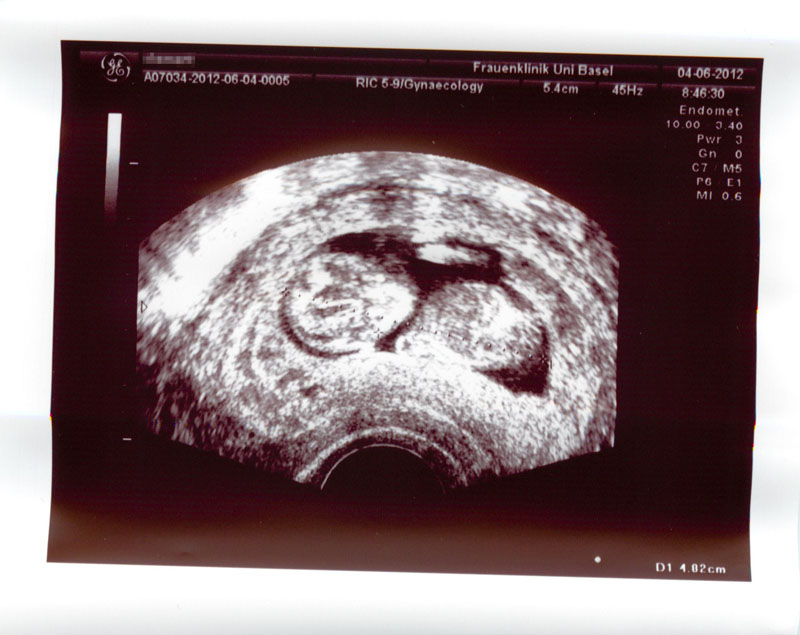 Our little alien of a baby