While seeing the first ultrasounds were exciting, there wasn’t really much to see, even to the most imaginative and enthusiastic new father. It’s basically just a peanut-shaped blob.

No, like I said earlier, it’s the middle ultrasounds that are the most exciting, where the baby finally begins to look like a baby. It finally begins to get some human-looking characteristics, although it still looks remarkably more like an alien than a human. And nothing brought that home more than seeing our baby in 3D. 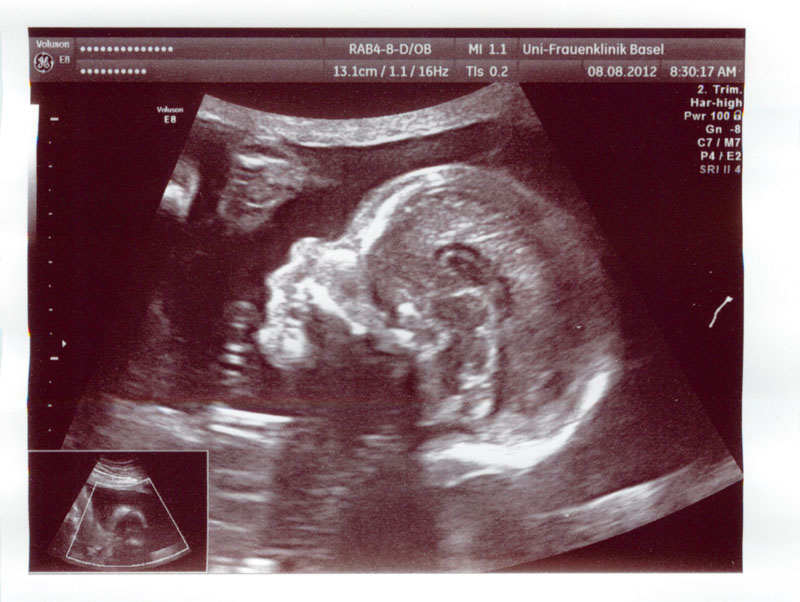 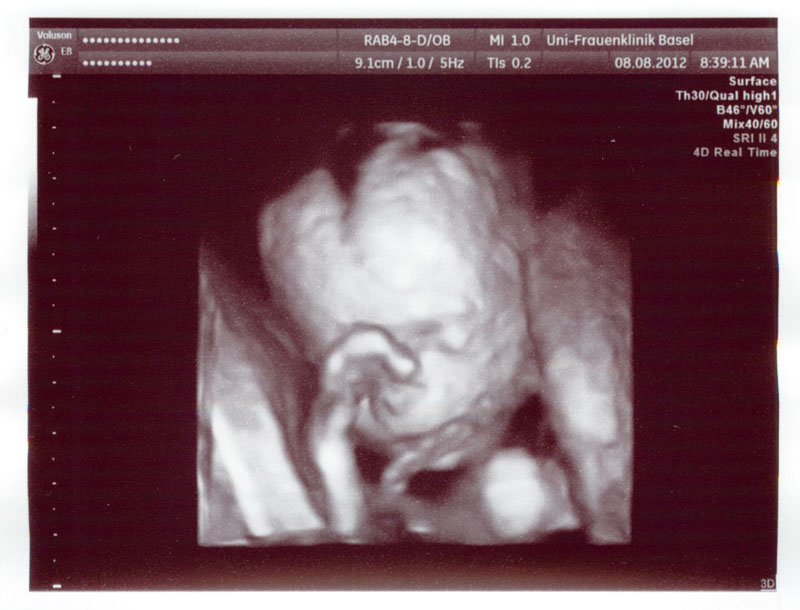 Amazing what technology can do today.

We got some other exciting news at the scan.

They say nothing is sure in life except death and taxes.

At one of our previous scans, the doctor asked us if we wanted to know the sex.

“It’s a little early to tell, but I think you’re having a little boy.”

So in my head, I’d been planning for a little boy. We had started working through names, trying to find something that would work equally-well in English as in French. I was content, happy that there’d be someone to pass along my collection of old Matchbox cars…