Juliette had fun trying on the carnival costume that Mom bought her. 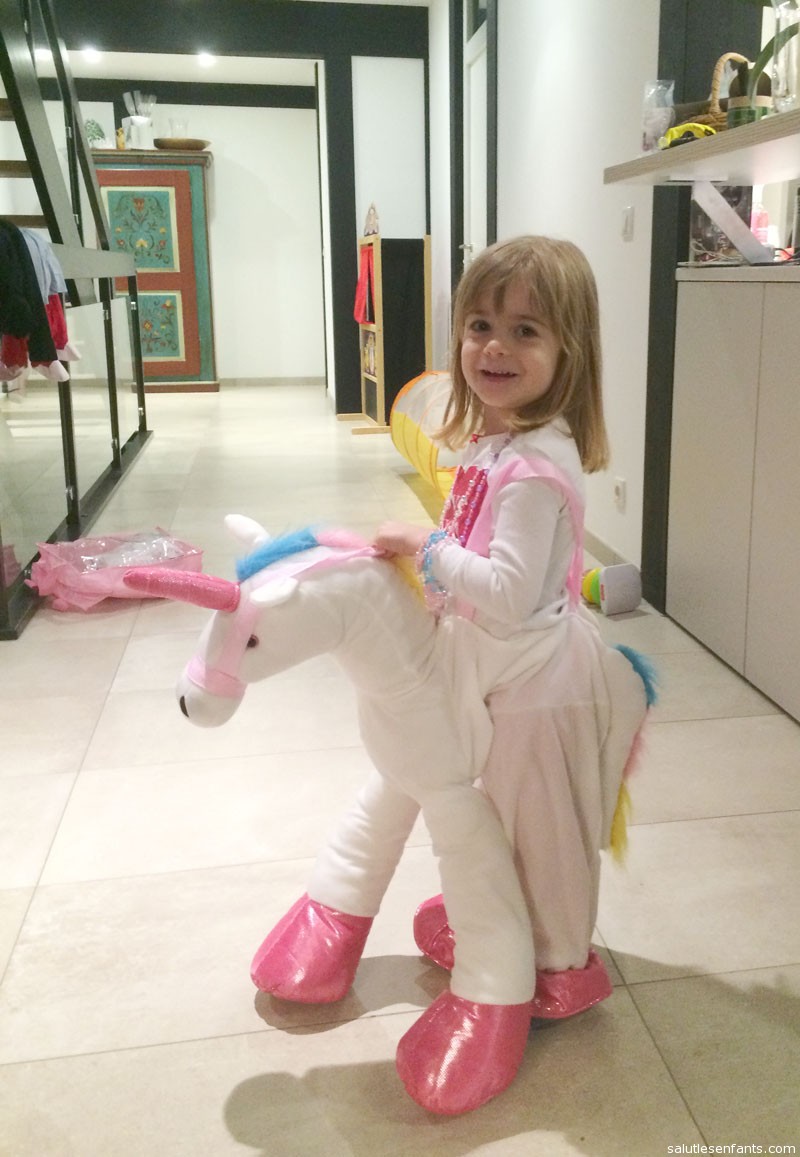 “Hey, I’ve just realized that you’ve dressed me as a horse’s ass…”

Juliette is a stereotypical French kid. She’ll eat pretty much anything that you put in front of her. But anything that she helps to make herself, or where she gets an early sample in the kitchen while Dad is preparing it, is likely to be a big success.

So tonight’s dinner won on two fronts — first, Juliette got an early taste of the carnitas as Dad was pulling the pork, and second, she got to wrap her own taco and add her own toppings, which is a lot of fun.

It won’t be long until she’s ready to visit her Mexican cousins! 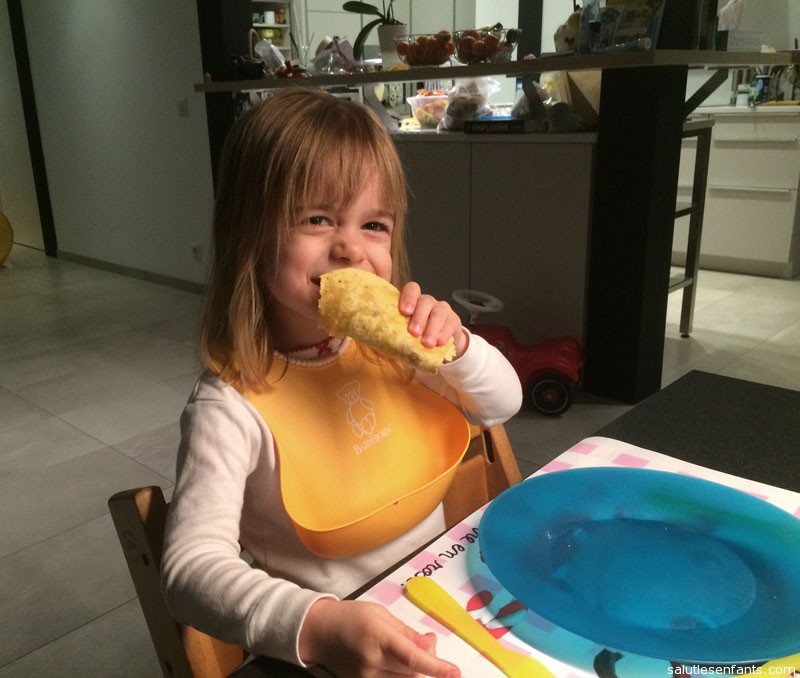 Juliette tucks into her first taco

Alexandre and Juliette wanted to say a big thank you to Karl and Anke for their lovely Christmas presents. Juliette is now fascinated by unicorns, and Alex is all ready to play station master with his new train set. 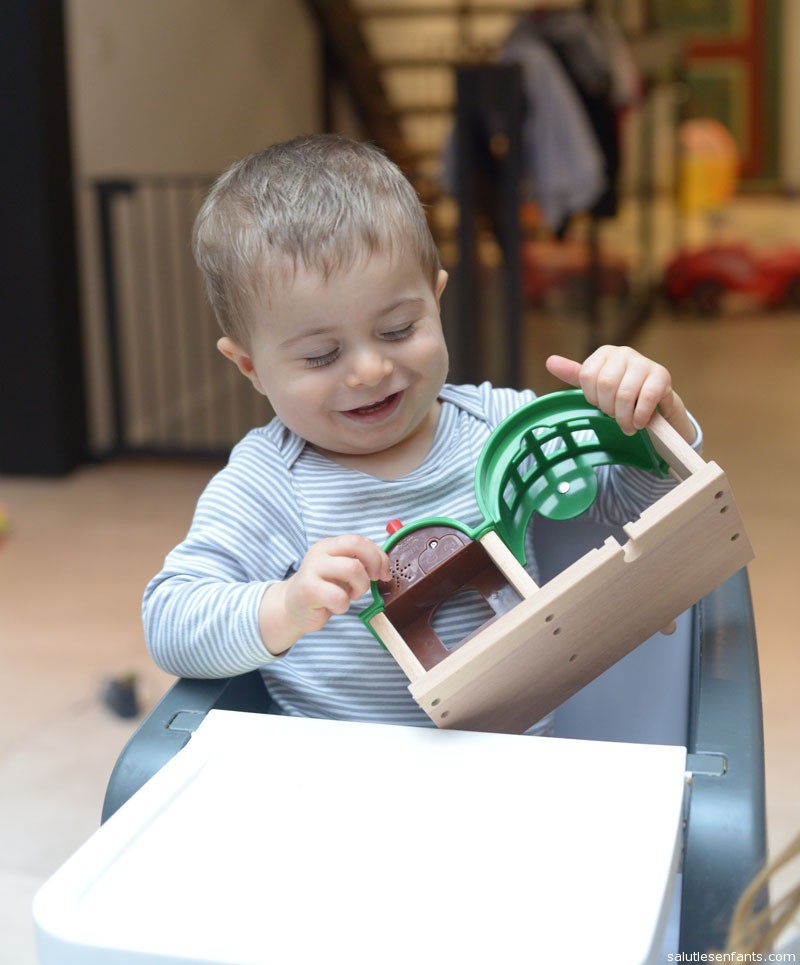 Alex is enjoying the new station for his train set