This was Alexandre’s weekend to bring home Kaptain Blaubaer, the class mascot. Each child gets to bring the mascot home one weekend a year, and they get to fill his scrapbook with pictures of their weekend together. Luckily, Papa’s uncle Bob was in town from the US, so there was plenty to write about. 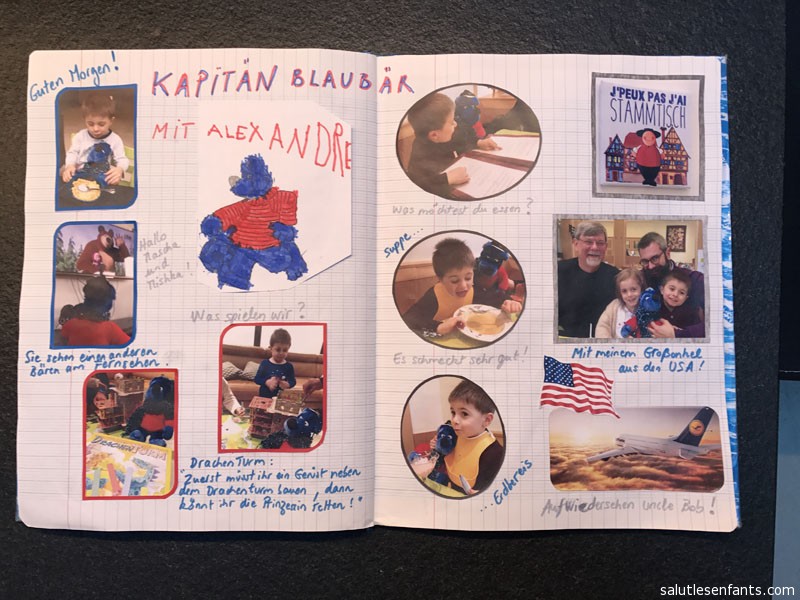 Great uncle Bob was in town for lots of fun 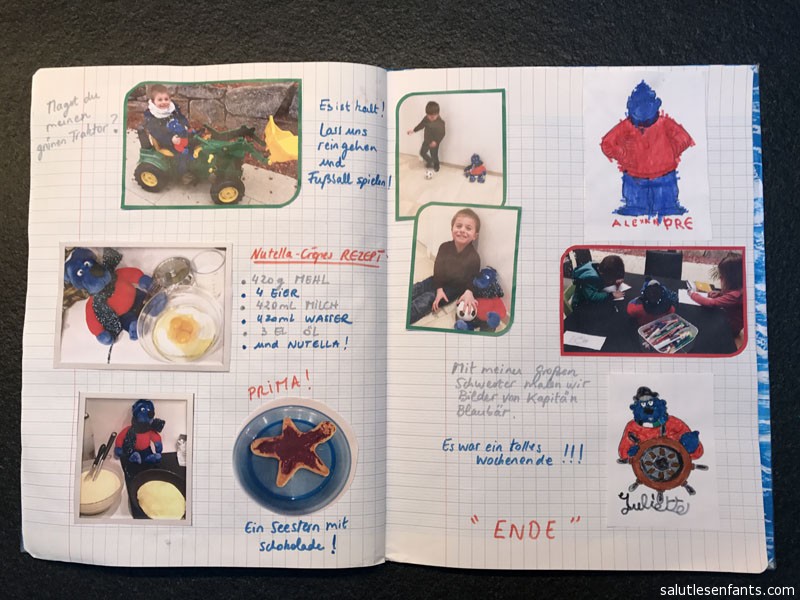 One of the traditions that we follow in France that’s unusual for most Americans is the ‘Galette des rois’, or King’s Cake, which is traditionally eaten on the festival of Epiphany. Since Grandpa was leaving the next day, we decided to eat our galette a little early this year.

The tradition works like this: inside the cake, there is a small decoration, and whoever gets this decoration in their piece of cake becomes the king or queen. If you’re not careful and bite down onto the decoration, you might find yourself with a different sort of crown: the one provided by the dentist!

The youngest child crawls under the table and the cake is cut into pieces. The child under the table then (without being able to see the cake) determines which piece of cake goes to which person. The winner is whoever finds the decoration, and they get to be king. This year, it was Grandpa’s lucky day, and he got to wear the crown! 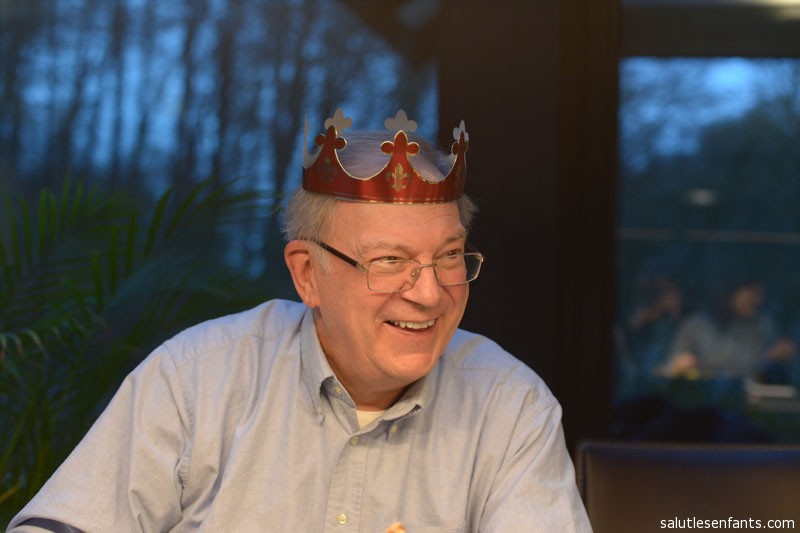 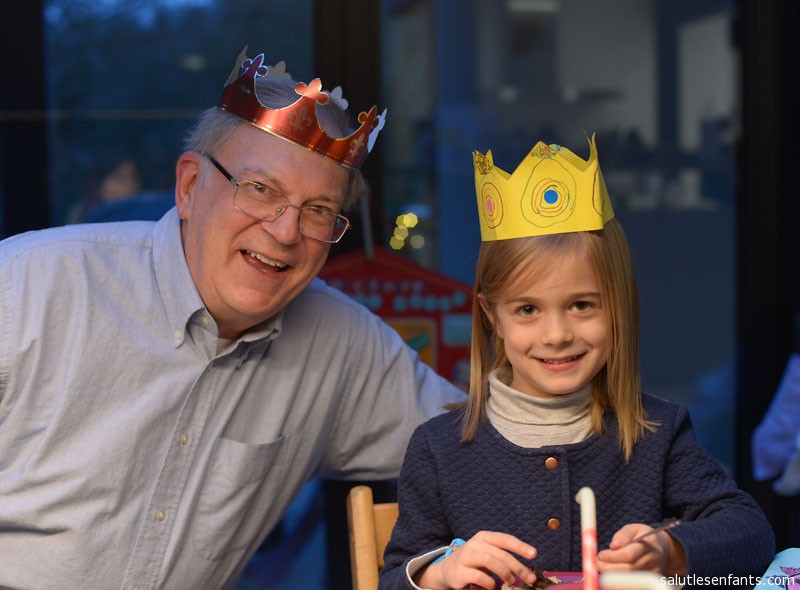 The King chooses his Queen 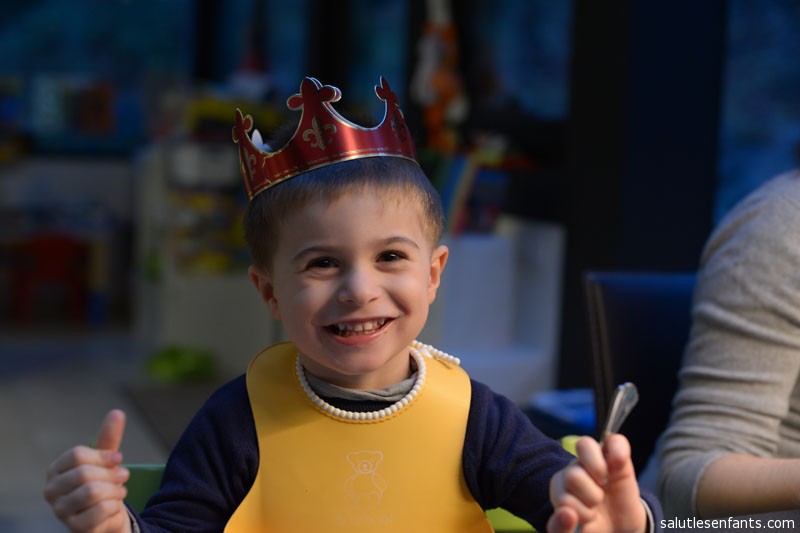 A Prince in waiting