casino jackpot oyunları After a very late night due to the noise of all of the Halloween revelers partying late into the early hours of the morning, we had a leisurely breakfast of croissants and headed out to see a couple more of the big sites, exploring the area along the Left Bank not far from where Maman and Papa used to live. This is a part of Paris that we know well and have many memories.

follow We jumped on the bus, a rare opportunity to escape the Metro and see life at street level, and headed down to Notre Dame, where we snapped a few of the mandatory tourist pictures for our album. The kids weren’t much interested in the cathedral (beyond recognizing it from several of their films), but they were impressed by the many pigeons. We wandered from Notre Dame to the Left Bank and ended up having lunch at Godjo, an old haunt from when we lived in Paris. We sat at traditional low tables in the basement, and the kids were really excited at the prospect of being able to eat with their hands.

slot makinesi para kazanma From there, we battled rainy weather to make our way to the Muséum national d’Histoire naturelle to see some of the exhibits and stay dry.

gazino oyunları slot From there, it was back towards our apartment, where we decided to celebrate our final night by having another Indian at Dishny, where we had eaten on the first night we arrived. It was pretty amazing to watch our Indian waiter single-handedly manage a full 30-seat restaurant through two seatings flawlessly. Took our order by memory, served three other tables before putting in the order, got every detail right. Still had time to smile at the kids. That guy earned his tip. 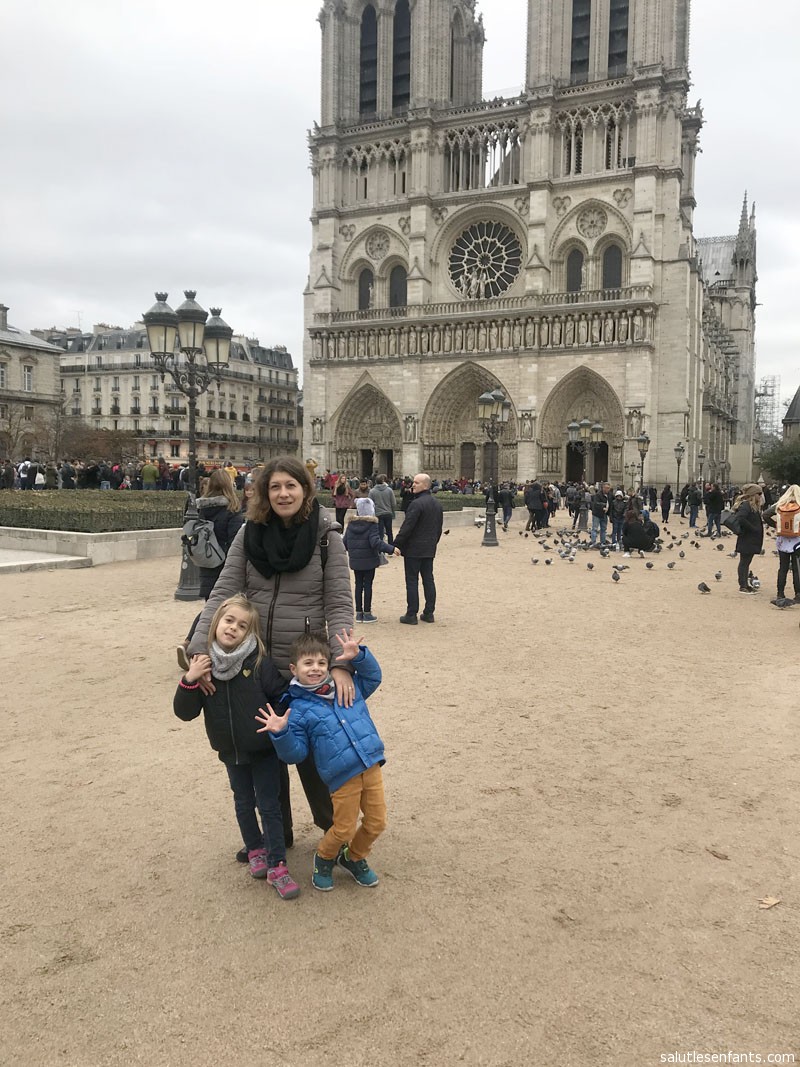 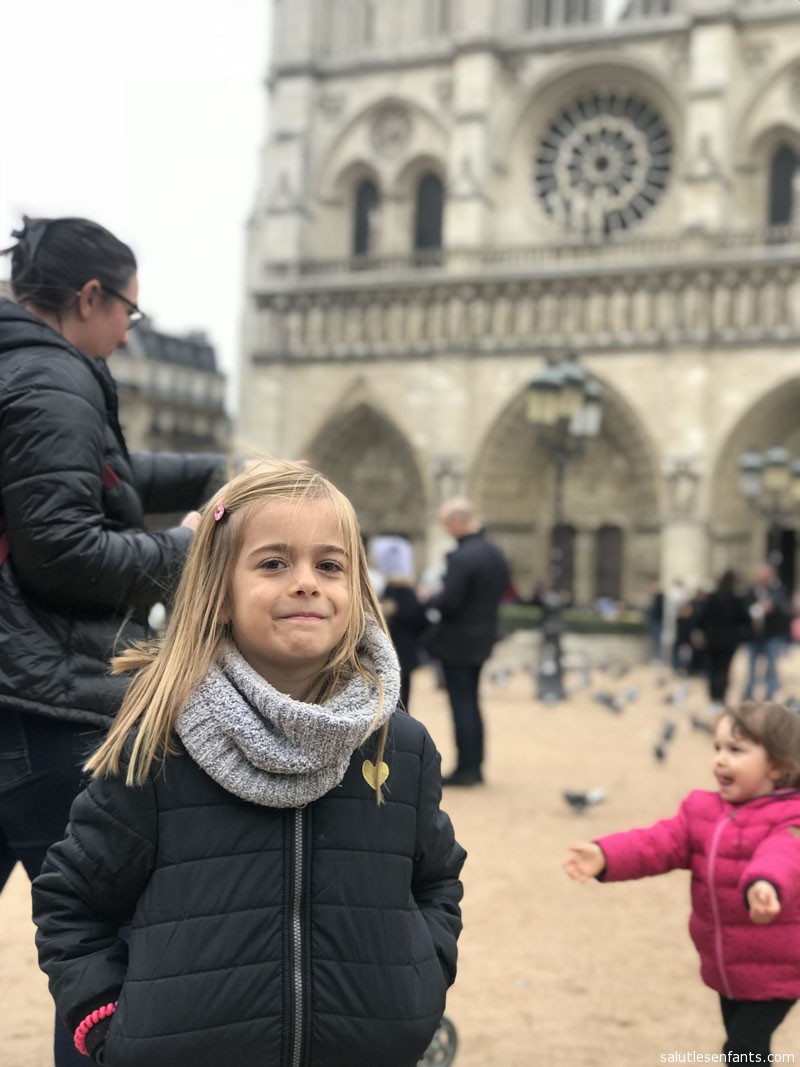 Juliette in front of Notre Dame 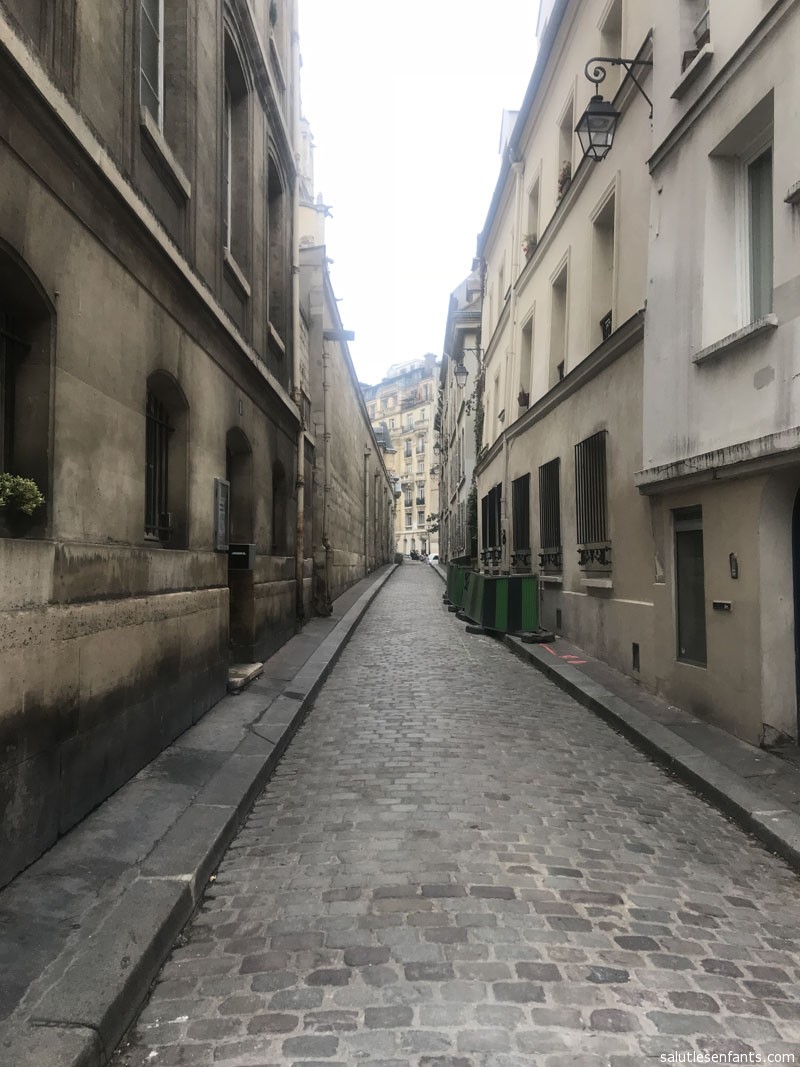 Exploring the streets near our old neighborhood in Paris 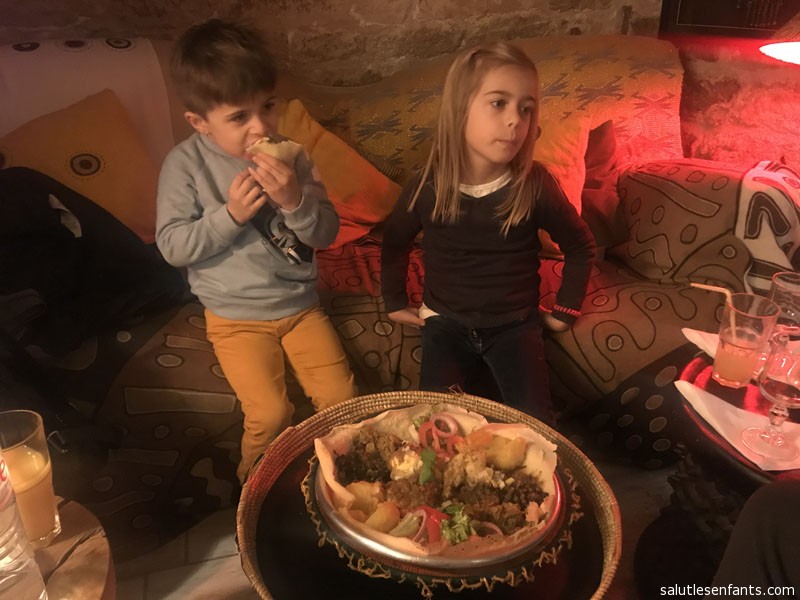 The culinary adventure continues with Ethiopian food. Rave reviews because the kids could eat with their hands! 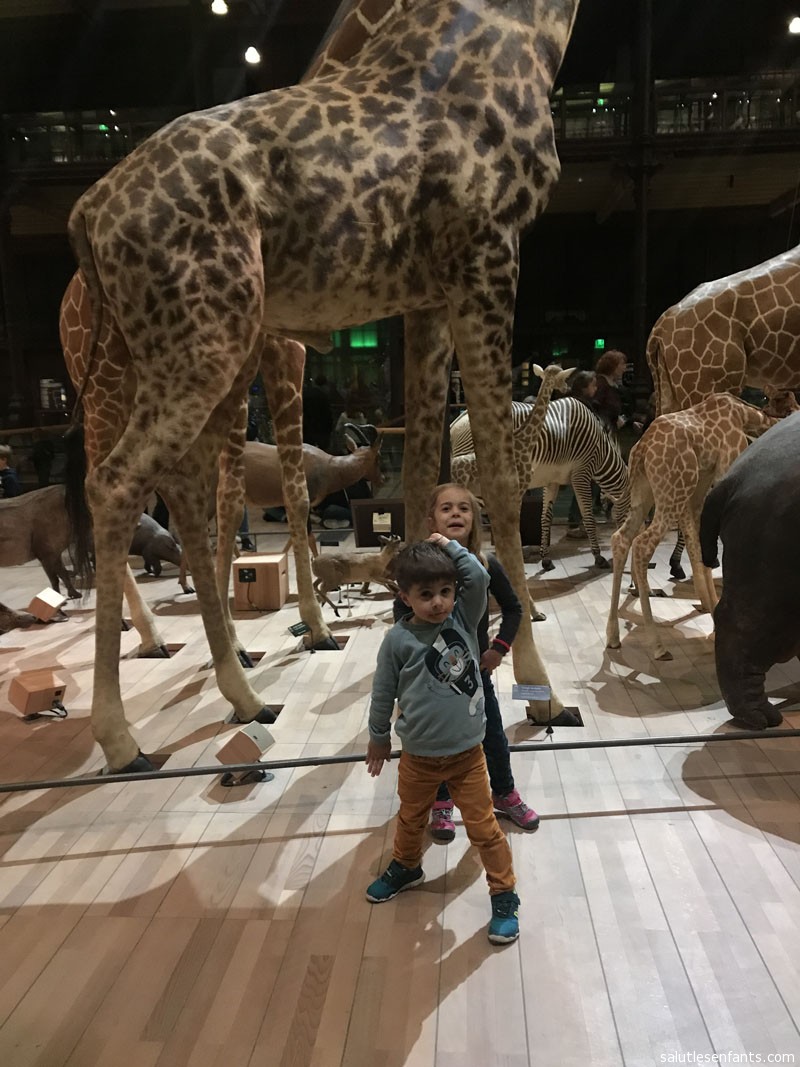 Measuring up with the giraffes at the Muséum d’Histoire naturelle 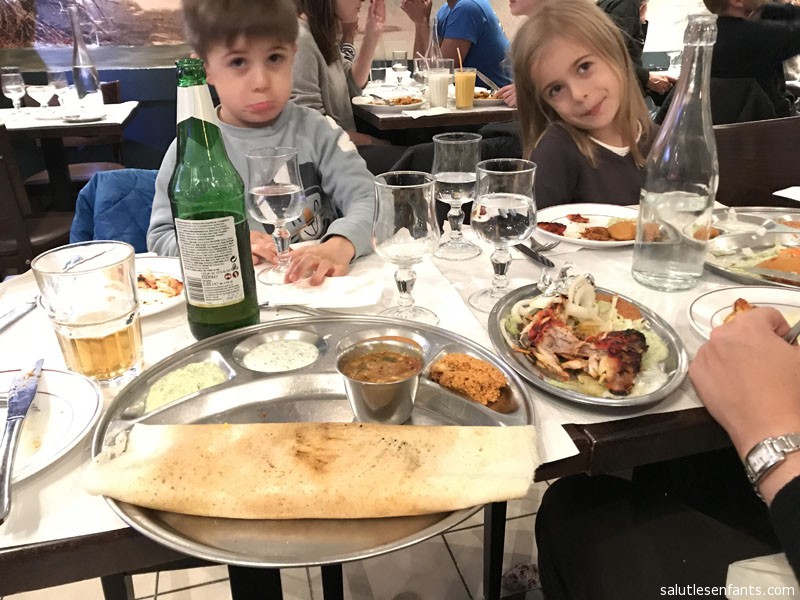 Don’t let Alexandre’s face fool you. The kids loved our Indian dinner, and devoured their tandoori prawns in seconds.

Time for Easter with the kids, who are still filled with the magic of the Easter bunny. Juliette has it all worked out.

“How does the Easter bunny get into the house?” she asked. “Oh, I know,” she said, “he uses the same magic key as Santa Claus and Saint Nicolas. They all live in the same village – I know, because I saw it from the window of our Kinderhotel.” She described to Papa how how the three would pass the keys back and forth as needed, and how all three were always on the lookout and knew whether the children were being naughty or nice.

The kids woke up to Easter baskets filled with chocolates and some wonderful presents from Alexandre’s godfather. After a traditional lunch of roast lamb, potatoes and flageolets, we decided to spend the afternoon decorating eggs.

Juliette’s class put on a dance recital to celebrate the springtime. Their first song was about vegetables. (Juliette’s in the red skirt)

We were hanging out in Juliette’s room this morning when Alex decided that he wanted to dance. So he headed over to the CD player, picked out some tunes, and danced like nobody was watching!

Alex loves to unpack things. One item at a time. I think his favorite part of the week is a Saturday morning, when Juliette is at school and Papa brings home the shopping. He gets to have the shopping all to himself, and he takes each item out one-by-one. Which would be an enormous help if he actually knew where everything went, but he doesn’t.

So you end up with frozen peas next to the flour. And beer cans nestled in among the pots and pans. Most of the time, though, he just hands you things and let’s you do the hard work of putting them where they actually belong.

Today, friends sent over a big bag of quinces from their tree. Alex was in heaven.

(as an aside: sometimes it feels to us like Alex lives his whole life at the speed of this video!)

Faced with a rainy Saturday afternoon, we headed to the local indoor play center with the kids, where Alex discovered the giant legos.

Summer vacation may officially be over, but the weather has turned unseasonably warm and sunny, so it still feels a little bit like vacation. The kids decided to spend their weekend playing outside. So much for Papa’s dreams of a prize lawn!